Are you thinking about a show dog?  Here are some things to consider, if you're new to dog shows and are wondering what it means to own a show dog.
​Dog shows or more specifically conformation events were originally intended to evaluate breeding stock. The size of these events ranges from large all-breed shows, with over 3,000 dogs entered, to small local specialty club shows, featuring a specific breed. The dog's conformation (overall appearance and structure) is judged against the breed standard for that breed.  The standard describes the characteristics that allow the breed to perform the function for which it was created. These standards include specifications for structure, temperament and movement.   Judges examine the dogs, then give awards according to how closely each dog compares to the judge's mental image of the "perfect" dog described in the breed's official standard.  Although the dogs should be evaluated against the standard, they are ranked or "placed" in order, based on how closely that judge believes each dog conforms to the standard.

In the old days, breeders would typically show their dogs as a way of "proving" that the dog is worthy of being bred, if that dog earned enough points to attain its championship. Another reason breeders would attend dog shows is to evaluate the stock of other breeders, to see for themselves how their dogs stacked up, and to seek out breeding partners that would best complement their dogs.  Today, dog shows have evolved to become much more about the "show" and less and less about the "dogs."  A  dog who is better trained or "shown off" by its handler is often said to be "asking for the win" these days.  Sadly, factors such as showmanship, how the dog is presented and who is showing the dog carry more and more weight, while the degree to which that dog actually conforms to the standard may be minimized.

Because conformation judging is very subjective, as it is left up to a judge to interpret the breed standard, the results from show to show may produce very different results even when the same dogs are present.  A judge's background, the breeds they may have spent their days showing and breeding, the amount of years they have been judging your breed, and many other factors may color how they interpret the Breed Standard.

Sadly, there is also a degree of politics involved in the sport of dog shows.  Today, many dogs are shown by high-priced professional handlers who make their living showing dogs for other people.  Typically these handlers carry a large string of dogs and many will pick up others ringside to show.  Some owners will send their dogs out with a handler because they simply cannot get to shows, if, for example, their work schedule does not allow them to travel.  Others may hire handlers simply because they think their dog will have a better chance of winning with a well-known "face" showing their dog.  And we all know how obsessed our culture has become with winning!

There is definitely a symbiotic relationship between professional handlers and judges.  They are both paid based on the number of dogs they show or judge.  If judges don't "take care of" the professional handlers, the handlers may lose their clients.   And the handlers may no longer support judges who don't take care of them, which leads to lower entries (less $$$) for a judge.  Some judges refuse to "play the game" and many of those judges will tell you that they have a much harder time a) getting assignments from kennel clubs, and b) getting approved for new breeds by the AKC.  So finding honest judges is more and more difficult.

The bottom line is that just about any purebred dog can obtain its championship in this day and age, if someone is willing to spend enough time and money toward that end.  So does a championship today mean that a dog is worthy of being bred?  If only our best should be bred, in an effort to preserve and IMPROVE the breed, then obviously a championship alone is not reason to breed a dog.  For that matter, even having a top-ranked, big-winning dog doesn't mean it SHOULD be bred (especially in this day when wins can be bought and paid for with high-priced handlers and even backers who will bankroll a dog's show career).  Not if it doesn't have all its health clearances.  Not if its pedigree is high risk for diseases like epilepsy or cancer.  For that reason, a puppy buyer should not be impressed just because a litter is sired by a top-ranked dog.  But many breeders will use show records to help market their puppies. 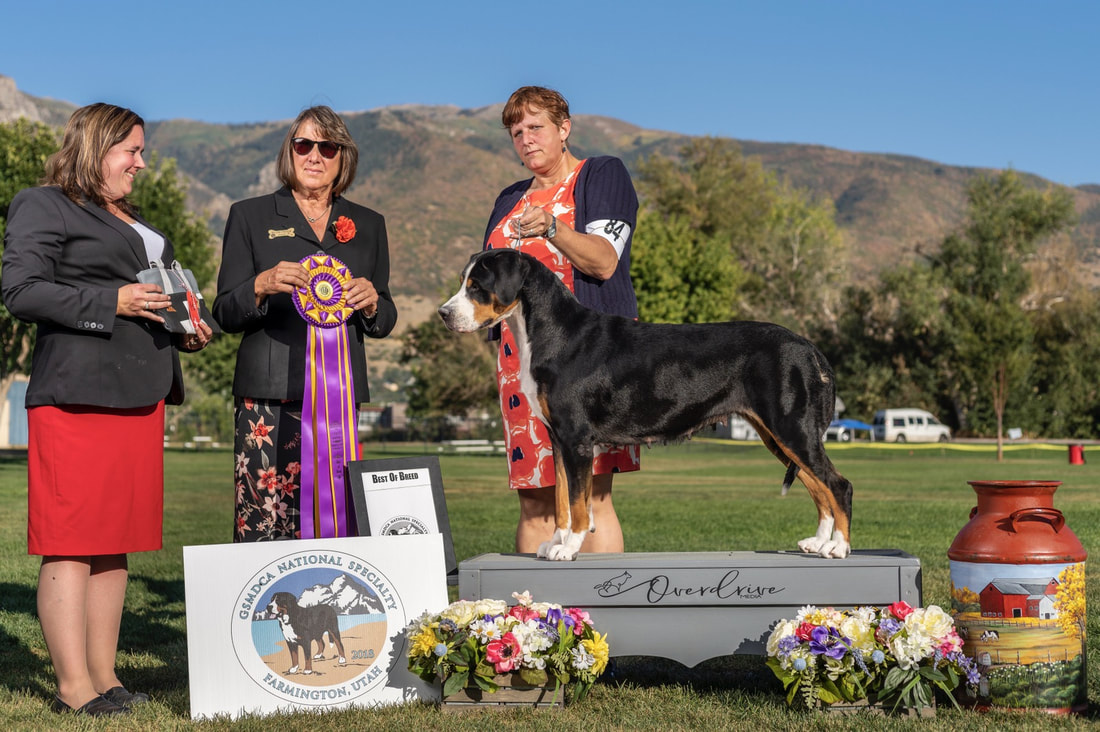 WHY SHOW YOUR DOG?

Simply put, although showing dogs requires a thick skin and a competitive spirit, you probably should not consider showing your dog unless you're doing it because it's FUN.  Think of showing as just one more fun thing you can do with your dog.  View it as a challenge -- train your dog, and work on training yourself to show your dog as well as the pros can.  And every once in a while, you just might beat the pros!   I have been showing dogs since I was a kid, because I enjoy it and always have.  I have never once hired someone else to show my dogs.  The day I can no longer do it or it isn't fun for me, I will stop showing dogs.  Because I show my own dogs, I celebrate their wins as theirs, not mine.  Of the thousands of judges out there, I can count on one hand those who even know my name. Three of them because they were originally Old English Sheepdog breeders, back when I was involved in that breed. Two are breeders of GSMDs (and my dogs would probably learn to fly before they would stand a chance of winning under one of them).  If I thought for a minute that my dog was only winning because the judge knew me or owed me something, I couldn't find joy in such a win.  ​ 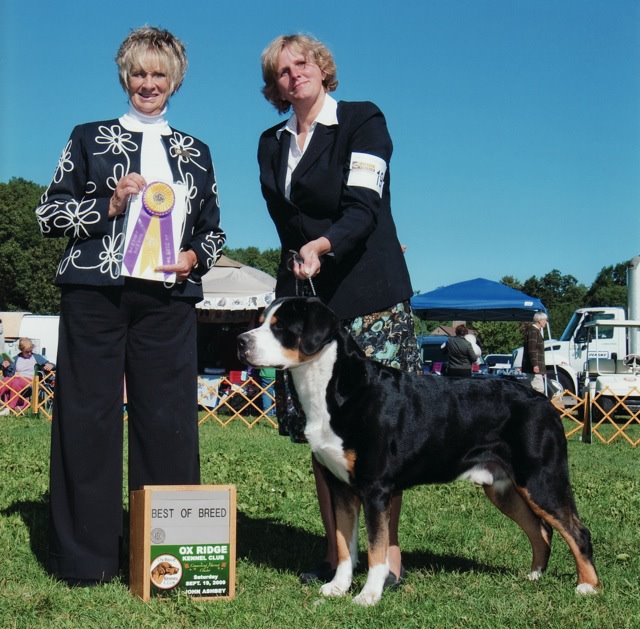 Bowie (Blaze x Alli)
There are so many reasons not to sweat it too much when you and your dog walk out of the ring without the big prize. Finally, if you have spent the time learning the breed and know the standard, if you've picked the brains of experienced, knowledgeable mentors, and you know that you have a good dog (and is that not the REAL reason to be showing your dog???), count your blessings that win or lose you get to take YOUR dog home with you that day!